When Brian Johnson Sang a Jingle for Hoover Vacuums

Floyd
May 5 edited May 6 in RSS Feeds
The singer recorded commercial the same day he auditioned for AC/DC.
On a spring day in 1980, Brian Johnson auditioned to be the new singer in AC/DC, a defining moment in his career. But it wasn’t the only gig he landed that day.

During a conversation with Howard Stern, the rocker recalled another job offer he received: “I got a call from a guy and he says, ‘Brian, do you remember me?’ And I said, ‘sure.’ And he said, ‘Well, I’m doing jingles now, would you sing on a Hoover advert?’”

Johnson didn’t think he had a realistic shot at becoming AC/DC’s frontman. The idea of replacing the late Bon Scott was daunting, plus Johnson was several years older than the rest of the band’s members.

The Hoover jingle, however, offered a real opportunity to make money - “350 quid” to be exact. The singer booked his commercial session for the same day as his band audition.

Johnson’s grizzled rock howl proved perfect for the jingle, and AC/DC as well. After blowing the band away with his renditions of “Whole Lotta Rosie” and Tina Turner’s “Nutbush City Limits,” he was introduced as the band’s new singer on April 1, 1980.

That same month, a Hoover vacuum commercial with his voice aired on TV. The ad’s lyrics proclaimed, “The new high powered compact from Hoover, it’s a beautiful mover,” while also promising that “Changing a bag is easy as A, B, C.”

While the tune doesn’t compare to “You Shook Me All Night Long” or “Back in Black,” it’s still worth your time. You can check it out below. 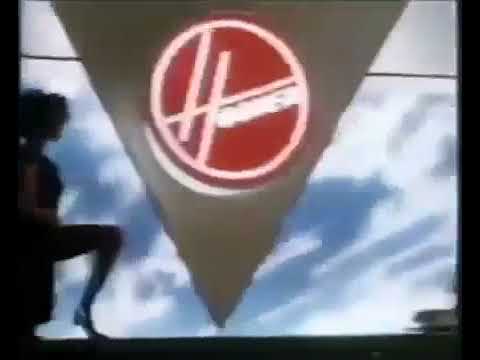