Floyd
May 5 edited May 6 in RSS Feeds
Social restrictions separately force delays to planned studio work.
Tony Iommi and Styx both said the coronavirus lockdown has resulted in suspension of their work on separate musical projects.

Black Sabbath guitarist Iommi has previously discussed the large collection of riffs he’s amassed, and in a new interview with SiriusXM he revealed that he recently started to think about making use of them.

“Every night I play and put something down,” he told Eddie Trunk. “I was due to be working now with my engineer, but, of course, you can't have anybody in your house because of the lockdown.” Naming Sabbath collaborator Mike Exeter, Iommi noted that they "got it in the book to come over and start putting some of the things I've got here down. … And, of course, it went pear-shaped. And I spoke to him today, funny enough, and we thought maybe we might try this week and do it with Zoom over the internet. … But hopefully when it all clears up, we’ll definitely be starting.”

Iommi emphasized that, while he had a “buzz to do something,” he was nowhere close to releasing new music, and hasn’t even decided whom he might work with to that end.

“I've got a few ideas and a couple of big things that could happen,” he said. “I want to then get Mike out, and we're going to start putting down some drums and bass, and then do a guitar [track] so we can make it sort of like a proper band … and then decide who I’m going to work with on it. I just want to have something to present to whoever I’m going to be working with.”

You can listen to the interview below. 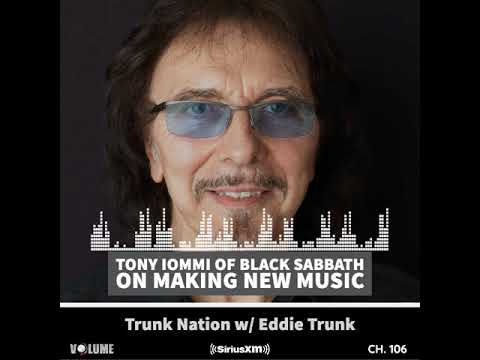