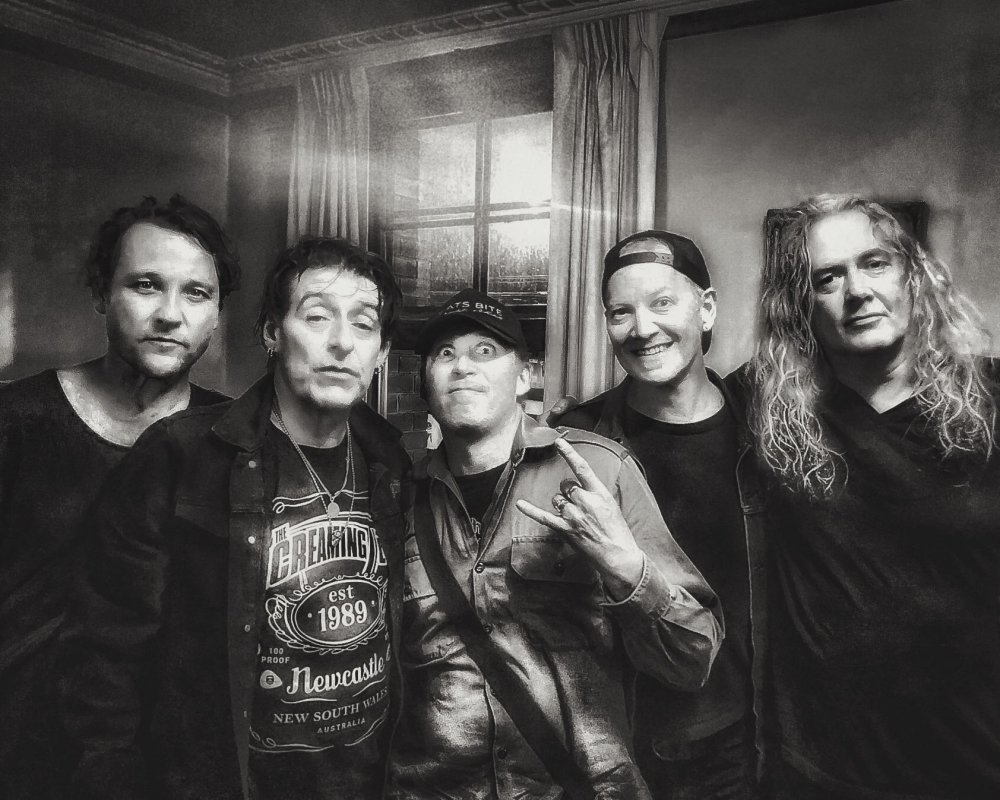 In the wake of the COVID-19 pandemic and the suspension of the local live music industry, Aussie Rock stalwarts The Screaming Jets have brought one of their most successful and signature tunes back to life via the ‘Helping (Washed) Hand – ISO 2020’ mix.  Shared on social media last night, it’s already been viewed more than 28,000 times!

Originally released almost thirty years ago the top 40 chart topper, from the ‘Tear Of Thought’ album (with sales nearing Double Platinum), Helping Hand, written by bass player Paul Woseen, has found a new place in the current collective psyche. Whilst recognised as one of the Jets biggest hits, it lends itself as anthem for the music business with its poignant lyrical content in light of the current crisis and its effect in particular on the music business.

Dave Gleeson said this morning, “It seemed an apt song to do. Just like every other band/act/performer in the world, The Jets found ourselves having to cancel our tour as well as recording plans… 5 blokes, 6 cameras and the perfect song to express the current state of our industry.”

Helping (Washed) Hand – ISO 2020 is the first in a series of ‘Quarantine’ re-recordings planned by the band and legendary producer Steve James, who has worked with the band since the first album release in 1991.

Gleeso and the boys were due to start a national tour this week and are feeling the pinch not only from a financial perspective but also from being unable to perform. As guitarist Scott Kingman points out, “In a world where we can’t physically reach out as we need to as performers, hopefully with this song and video we can connect with people as well as expressing the frustration we feel about the lack of support the live music industry is feeling right now’.

With Screaming Jets’ touring on hold, Dave Gleeson has focused his attention on weekly streamed sessions to fill the live void somewhat.  With 5 episodes now in the can, the #StreamingNotScreaming “gigs” with Adelaide musician Crafty feature a ramshackle journey of songs, stories, snapshots and soundbites (and the occasional Dad joke) in the name of community service and cheering up music lovers everywhere!

In between songs, the boys take live requests, give birthday shout-outs, and engage in online banter with their celebrity mates including Lifeguards Hoppo and Kerr-Box from iconic Aussie TV show ‘Bondi Rescue’, fellow South Australian and America’s Got Talent finalist ‘Hans the German’ and footballer Matty Johns… everyone is tuning in to ‘get a bit of Gleeso’ into them on a Sunday.

Gleeso recently delivered an emotional rendition of Eric Bogle’s ‘The Band Played Waltzing Matilda’ in recognition of our Anzacs to an audience of over 1000. The show numbers continue to grow every week, with a raft of both local and international listeners – #StreamingNotScreaming has given fans something to look forward to every Sunday afternoon and a way to stay in touch with this much loved Aussie rocker whilst they wait for live music to get going again.

Dave Gleeson has also launched a fabulous line of #Isowear, perfect for kicking back and watching your favourite music online!  Featuring track pants, a hoodie, beanie and stubby holder, the range is strictly limited – fans should get in quickly to secure one of these covetable Iso items!  For more see HERE.