Listen to @rushtheband perform Spirit Of Radio from Manchester on the band's 1980 UK tour...

Floyd
May 15 edited May 15 in Prog Rock Discussions

Listen to @rushtheband perform Spirit Of Radio from Manchester on the band's 1980 UK tour...
Live cut recorded on Rush’s 1980 UK tour will be included on the upcoming Permanent Waves remaster.

A live cut showcasing Rush’s classic The Spirit Of Radio has been released ahead of the launch of the Permanent Waves remaster.

The track was recorded at the Manchester Apollo in the early summer of 1980 during the Canadian trio’s UK tour, with Natural Science from the same show shared back in March.

Rush’s 1980 record ushered in a new era for the trio – released between 1978’s Hemispheres and 1981’s Moving Pictures – with the new version out on May 29 through UMC/Mercury/Anthem to celebrate its 40th anniversary.

The Super Deluxe box set will be spread across 3LP and 2CD and along with the Manchester Apollo set, it’ll also feature previously unreleased live material captured at London’s Hammersmith Odeon and the Kiel Auditorium in St. Louis.

The Permanent Waves reissue will also feature a 2015 remaster of the album.

Aside from the music, the box set will come with a 20-page notepad reproduced from a newly-discovered piece of Le Studio letterhead, two tour programmes: The official 1980 world tour programme and the rare, unofficial Words & Pictures Vol II UK-only tour booklet.

Permanent Waves will also be released on 2CD and 3LP and is now available to pre-order through Amazon and Townsend Music.

Rush and Permanent Waves featured on the cover of issue 274 of Classic Rock magazine which is still available to buy. The lead article spans nine pages and includes an interview with Alex Lifeson along with comments from Geddy Lee, Terry Brown and art director Hugh Syme about the band’s seventh studio album. 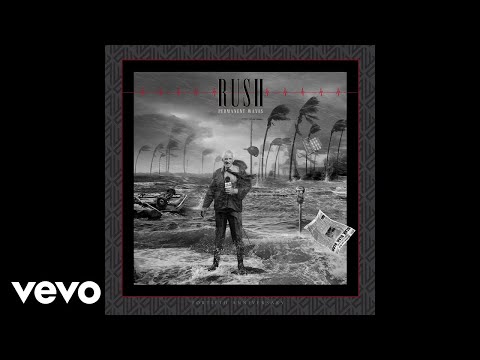