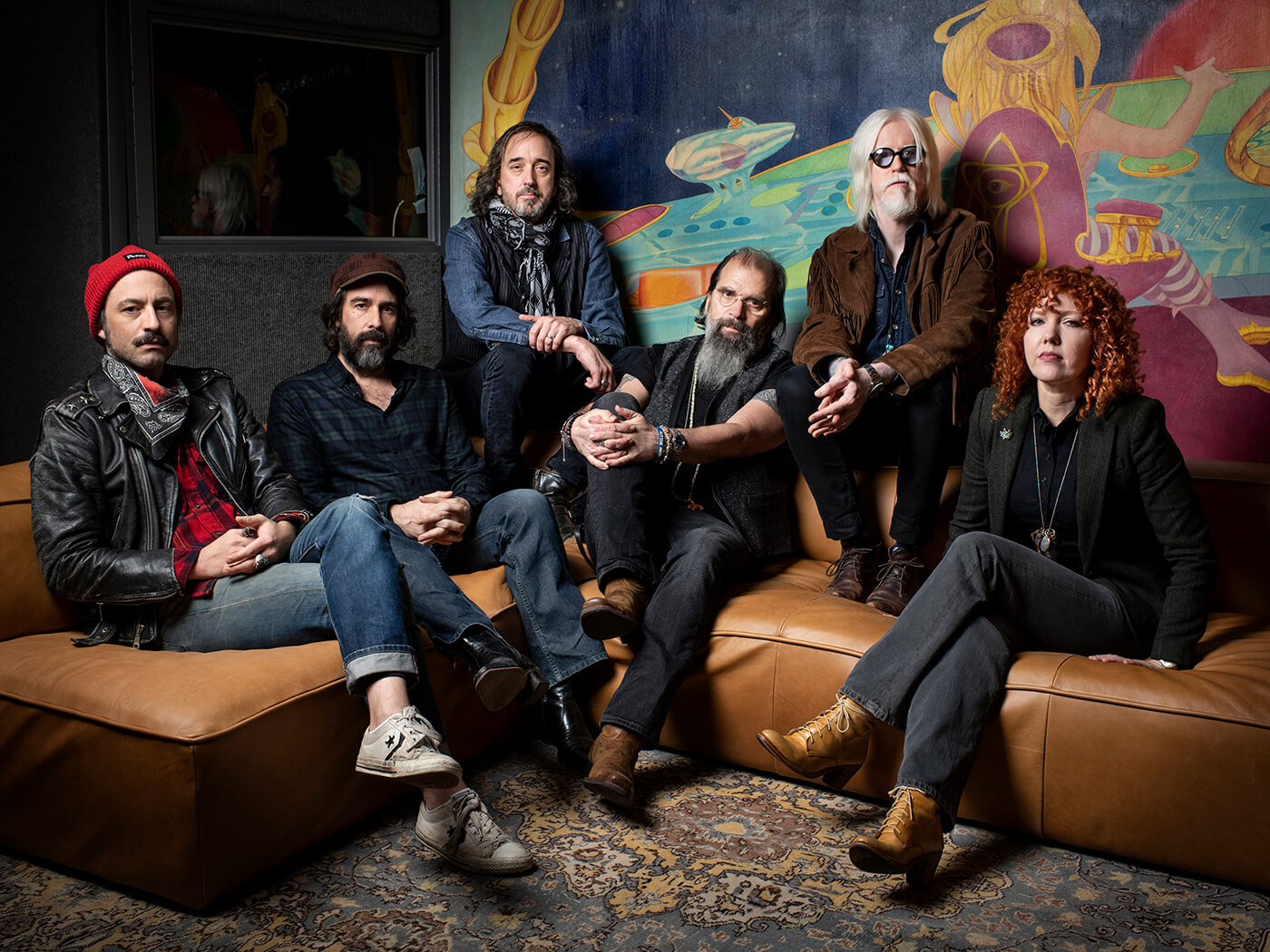 On April 5, 2010, 300 metres beneath Raleigh County, West Virginia, methane seeping from the coal seams of Massey Energy’s Upper Big Branch mine ignited and exploded. Fire roared through two miles of subterranean tunnel and killed 29 miners. Investigations blamed dereliction of safety procedures; Massey’s CEO, Don Blankenship, was convicted in 2015 of conspiring to violate safety standards, and jailed for a year.

This is the background that informs Ghosts Of West Virginia, arguably Steve Earle’s best album since 2002’s Jerusalem. Earle wrote seven of these 10 songs to accompany a drama by Jessica Blank and Erik Jensen – Coal Country, drawn from interviews with miners who survived the Upper Big Branch disaster, and families of the miners who didn’t. When the play is staged, Earle serves, as he puts it, as “a Greek chorus with a guitar”. But the songs hold up handsomely on their own merits, well served by the poise and pugnacity of the Dukes – joined here by Chris Robinson Brotherhood bassist Jeff Hill, stepping in for long-serving Earle sideman Kelley Looney, who died last November, aged 61.

On one hand, the Upper Big Branch disaster seems obviously congruent territory for Earle – the working man crushed beneath the march of capitalism has been a recurring theme of his work, back to “Good Ol’ Boy (Getting’ Tough)” on Earle’s 1986 debut, Guitar Town. But it is also ground a pinko folk singer needs to tread carefully – West Virginia is one of the states of the Union in which a person of Earle’s leftward-leaning convictions might be likeliest to be upholstered in tar and feathers and chased to the border by a pitchfork-wielding mob. In 2016, 68 per cent of West Virginian voters cast their ballots for Donald Trump: the president’s best result nationwide.

Ghosts Of West Virginia begins with the appropriately spectral fanfare of “Heaven Ain’t Goin’ Nowhere”, an a cappella gospel piece that casts the Dukes as choristers to Earle’s gruff, chain-rattling conductor, intoning a creed of fatalistic resignation (“Don’t worry about puttin’ nothin’ away/Money’s no good come the Judgement Day”). It sets a tone for what follows: an empathetic narrative of people who understand the horizons they’re bound by, but who take considerable pride in what they’re able to accomplish within them – and their struggles to expand them. The Dukes kick in properly on “Union, God And Country”, an upbeat and neatly observed slice of ordinary life evocative of John Prine’s “Grandpa Was A Carpenter”, spelling out the way things are done round here: “When they’d strike the mine/They’d walk the line/’Cos that’s just what you’d do.”

The literal and thematic centrepiece of “Ghosts Of West Virginia” is “It’s About Blood”. It’s pretty typical of the album’s sonic palette – an electrified bluegrass that might be thought of as Appalachian grunge – and it absolutely nails the political as well as the personal. Earle begins by narrating the view of the world one develops from several fathoms below its surface (“For every man that died for a coal company dollar/A lung full of dust and a heart full of lies”). He ends by reciting the names of the 29 men lost at Upper Big Branch, while behind him the Dukes conjure an appropriately furious crescendo of clattering guitars and keening violin.

Elsewhere are moments of stately beauty. Fiddle player Eleanor Whitmore’s lead vocal turn on “If I Could See Your Face Again” is a blazing highlight. Earle’s gruff grumble suits “Time Is Never On Your Side” just fine, although it prompts a measure of regret that it arrives a few years too late to be sung by Glen Campbell.

For all that Ghosts Of West Virginia is a serious work contemplating a serious subject, there are moments where Earle sounds like he’s having more fun than any time since The Mountain, his 1999 album with the Del McCoury Band. “John Henry Was A Steel Drivin’ Man” is Earle’s contribution to the hefty canon of song commemorating the legendary railway-builder. Earle tells the yarn of America’s Stakhanov to an irresistible country shuffle, leaving it to the end to wryly note that the big man is probably best off out of it (“John Henry could have told ’em what that means/When the company brought in all the big machines”). “Fastest Man Alive” is just hilarious – a Delbert McClinton-ish boogie bearing a gleeful depiction of legendary West Virginia-born test pilot Chuck Yeager as an all-American badass (“I’m a mover, I’m a shaker/Ask your mother if I ain’t”).

It is an uneasy balance, being the ornery redneck that milquetoast liberals listen to, and vice versa. But it is one that has defined Earle’s career, and he has rarely negotiated it more deftly than he does here.