The Dream Syndicate – The Universe Inside 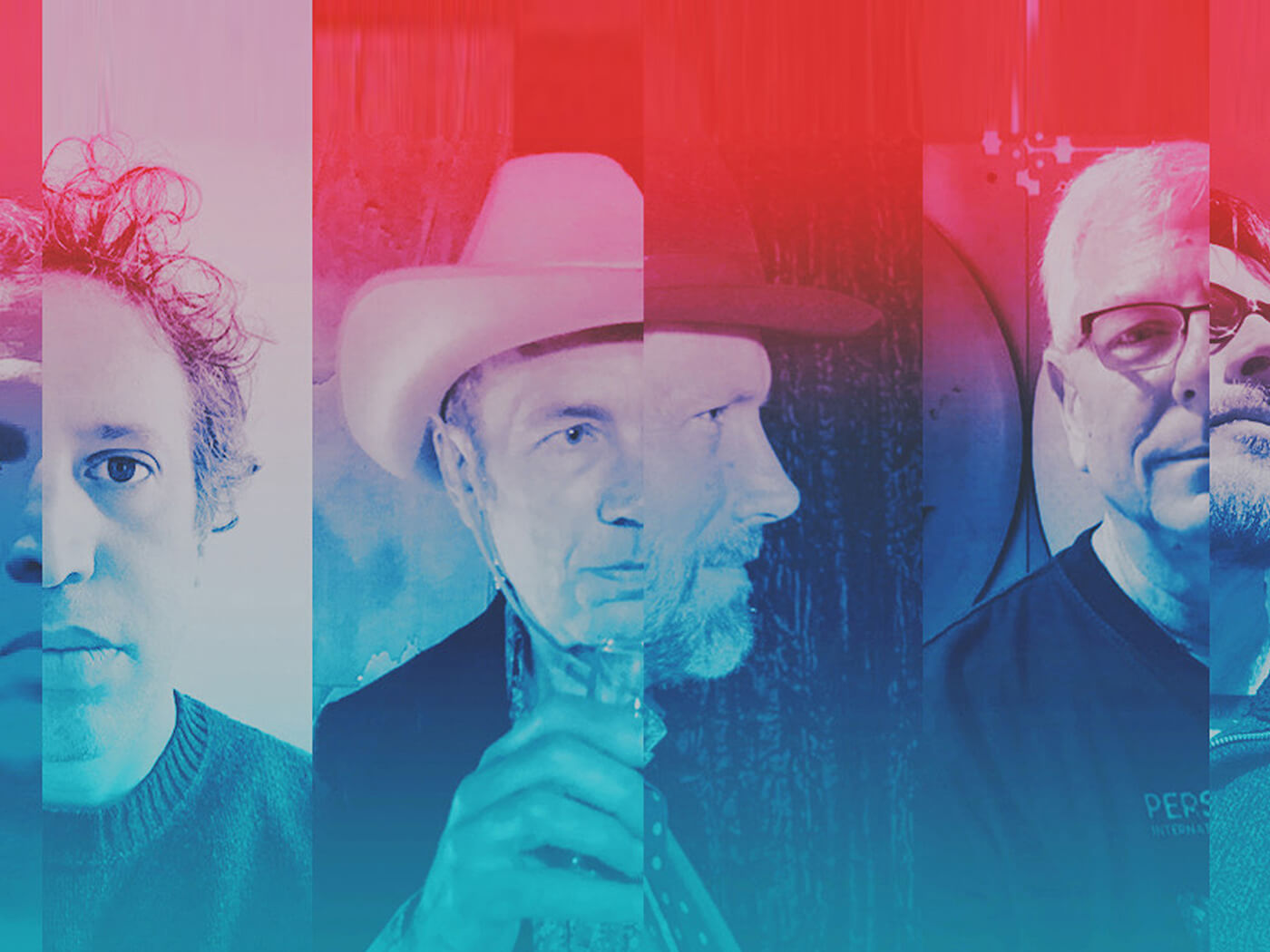 The Dream Syndicate’s third album since reuniting earlier in the decade opens with what may be the boldest, weirdest, longest track in their long career. Assembled from pieces of an 80-minute late-night jam during sessions for 2019’s These Times, the song constructs a rambling groove from Dennis Duck’s kosmische drumbeat, Mark Walton’s fatback bass, Chris Cacavas’s swirls of keyboard, and scribbles of guitar from Steve Wynn and Jason Victor. Later, they added electric sitar, skronking saxophone and low vocals that split the difference between Ken Nordine and Tom Waits. The song rolls on and on, picking up instruments and ideas before discarding them, then it rolls on some more, gradually building to a brief, explosive climax.

Clocking in at 20 minutes, it’s by far the band’s longest recorded composition to date, and it serves as a blueprint for this kaleidoscopic record. Featuring members of fellow Paisley Underground champions The Long Ryders, Richmond’s beloved House Of Freaks, and the Marcus Tenney Trio, The Universe Inside turns The Dream Syndicate’s psych-pop inside out, largely dispensing with Wynn’s melodic hooks in favor of a grittier, more hallucinogenic sound that’s ideal for staring at your hand for an hour. It’s a complete departure from their previous two records, 2017’s fine comeback, How Did I Find Myself Here? And follow-up These Times, and far more adventurous than you might expect from a reunited band 30 years from their heyday.

The Universe Inside is a new kind of LP for them, but this type of elongated jam is not. After establishing themselves as the link between dark post-punk distortion and brighter Paisley Underground hooks – which made them a direct influence on bands like REM and The Bangles, among other acts – The Dream Syndicate took to experimenting with noise. Mostly it was onstage, where a song might mushroom past its lyrical structure in new and unexpected directions. That tendency toward improvisation, however, bled into their 1984 studio album, Medicine Show, particularly the 10-minute “John Coltrane Stereo Blues”, which sounded like they were suddenly backing Albert Ayler. Wild and boisterous and messy, the song quickly became a live staple.

But they’ve never given over a full album to this kind of open-ended, exploratory groove, and it makes for a compelling new chapter in their long history. After that epic opener, The Universe Inside closes with an 11-minute Beat poem called “The Slowest Rendition”, during which the band provides an ominous soundtrack as Wynn narrates his worried inner monologue. Marcus Tenney, a Richmond jazz musician, switches between saxophone and trumpet, both of which lend the song an industrial-noir atmosphere. The song falls apart and they put it back together again, each time making it a little more hypnotic and unsettling, as Wynn instructs them, “Keep moving the pieces, keep shuffling the deck.”

The songs in between those two lengthy bookends contract and distend fluidly, as though you’re listening to a lava lamp. “Apropos Of Nothing” shifts tempo repeatedly, but maintains its menacing momentum thanks to the solid rhythm section and prismatic horns, and “Dusting Off The Rust” sounds like a Rube Goldberg contraption, each instrument tripping the next. In all the commotion, Wynn’s voice is often reduced to another element delivering pure sound and rhythm, to the extent that his words can sound purposefully unintelligible.

Even in this setting, however, he remains a resolute songwriter, his lyrics evoking the push and pull between order and chaos, between structure and sprawl, between melody and noise, between playing the music and letting it sweep you along. “You felt invincible, anything was possible,” he sings on “The Longing”, which crystallises the album’s ideas about alienation and disconnection. “Now all that’s left is the longing.” Wynn might be talking about his band’s first run back in the 1980s, or some recent eureka of inspiration, or just a moment of connection with another human being. But the song shimmers and wavers queasily, like they’re not sure if this is a bad trip or not.

That friction illuminates these songs even when they don’t seem to be going anywhere at all, or when they take too long to get there. Yet it’s still bracing to hear a reunited band so fearlessly recalibrate who they are together, what they do, and how they do it. They’re looking to each other to see where this all takes them – not just the reunion, but the music they’re playing together at any given moment. Rather than trying to recapture old sounds and past glories, The Dream Syndicate sound like they’re trying to figure out what lies beyond.