Bruce Hornsby: “I’ve never been the vehicle for your stroll down memory lane” 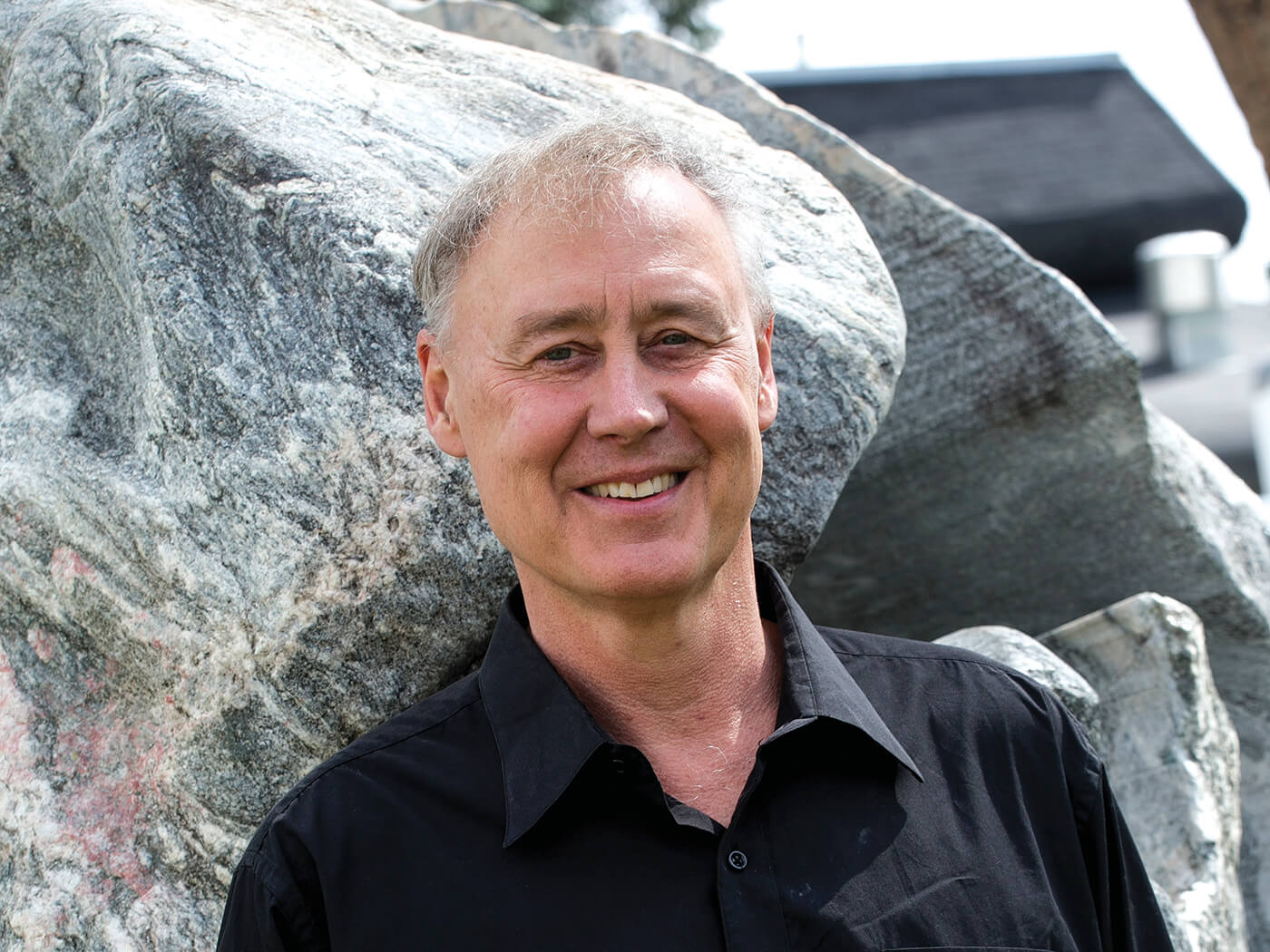 Sitting in his hotel room in Denver, Bruce Hornsby is wryly pondering his current predicament. His latest album, Absolute Zero, has re-established him as a creative force – inspired by Don DeLillo and Steve Reich, it artfully combines the resonant, piano-led heartland rock of his 1980s heyday with spry neoclassical arrangements, jazz-funk and avant-garde flourishes, sometimes ending up not a million miles from the rousing, deconstructed anthems of his famous disciple Justin Vernon (who also guests on two tracks). Yet Hornsby is still being booked to play the kind of civic festivals where vintage rockers are expected to boost the profits of local breweries by smiling politely and playing the hits.

“Who knows what they’re gonna think when I start singing about cryogenics or IRS tax examiners as American heroes?” he laughs, of his upcoming engagement at the Dillon Amphitheatre. “But lucky for us, the uninitiated seem to be following along nicely.”

It should be a clue that Hornsby has long since swapped The Range for a backing band called The Noisemakers. But how does he feel when the crowd just want to hear “The Way It Is” and “Mandolin Rain”? “It’s definitely a challenge, but we’re not shying from it,” he says. “Nasty letters abound in my world, ever since my second record. I’ve never been the vehicle for your stroll down memory lane. Let’s face it, most people who go to see bands are there for that nostalgic night out. I get it. But it’s a creative prison for me, so I refuse to be shackled by it.” And then he laughs again, keen that we don’t confuse him for a tortured artist. By continuing to evolve, Bruce Hornsby is having the time of his life. Some things will never change? Don’t you believe them.

What’s your daily routine while on tour?

It’s fairly quotidian, I would say. I get up and take a walk, to get the body moving. I try to walk in spaces where I can also warm up my voice. I’m an inveterate New York Times newspaper reader, so they always try to find me one on the road. I’m a crossword fanatic, so I want to do the crossword – in pen! Then I’ll spend some time catching up on emails, texts, sexts… No, I’m kidding, I don’t get those. After soundcheck, I have a little keyboard in my room and I’ll practise some of the more demanding material that I regularly inflict on my poor, unsuspecting audience. My music for several years now has included a good bit of that modern, chromatic dissonance, so I have to work to keep those pieces really under my fingertips.

What does the Absolute Zero of your new album title refer to?

It’s a cryogenic or cryonic fantasy. There’s this whole consciousness that exists now where people are interested in freezing their bodies in a cryogenic chamber and hoping to be awakened 100 years from now and recharged! They want to become semi-immortal, I guess. So I found it to be an interesting idea. I read the great Don DeLillo’s book Zero K and that helped inform the song “Absolute Zero”.

What was it like to be championed by a “cool” younger musician such as Justin Vernon?

It’s always really fulfilling when your creative output is recognised by a completely different age group. Justin started shouting me out around the early years of this decade as having been someone who was important to him growing up. I was getting these Google alerts about this young man and his band, Bon Iver. So it made me curious, I started investigating and I loved what I was hearing: “Holocene”, “Perth”, those records. Then he reached out to me and asked me to work with him on a Grateful Dead tribute record, and it’s gone from there. He’s an amazing talent, he’s incredibly gifted. I haven’t really been influenced by his music – for instance, I’ve not started to sing in falsetto! – but his attention and support has been a great boost and an inspiration. Whenever I work with him, the sparks seem to fly.

Why do you think you’ve managed to strike up such a lasting working relationship with Spike Lee? Does he ever discuss his film ideas with you?

It’s a very simple answer: he just likes what I do. We’ve been working together for 27 years now, after being introduced by our great mutual friend Branford Marsalis. It started with Spike every few years asking me to contribute to a song for a film. In 2008 he asked me to start scoring for him, so I’ve been doing that too for the past 11 years. I don’t think anything I write musically informs the content of his films. He’s very prolific and generally pretty sure of what he wants to do. If something I’ve written has influenced him, he’s never told me, so I assume that has not happened!

Literature figures prominently in your music. Have you considered trying your hand at fiction?

Ah, life’s too short! It’s difficult and challenging enough to do something of worth in music. And I would be completely intimidated. After the concert, in the bus, I’m usually reading a book – right now I’m reading the book of a great friend who I met through Spike, called James McBride. He’s an incredible writer and I’m finally reading his memoir, The Color Of Water. I don’t have any illusions about my own ability as a fiction writer, I’ll just continue to be informed by it in my songwriting and that’ll be enough for me.

What was it like to have such a big hit with your first record? Did the experience put you off wanting to be a pop star?

I was pretty bad at being a pop star. It was so often an inane, idiotic situation; I’d find myself in Cleveland, Ohio, sitting at tables autographing things, with New Kids On The Block on one side of me and Tiffany on the other. I was 31 years old and I’d look around and say, “What’s wrong with this picture? It’s me!” We made some of the worst videos ever made in the MTV era… We didn’t take it very seriously, they were just an excuse to get our friends on TV. But it was fantastic in another sense because it got the word out about what I was doing. “The Way It Is” was probably one of the least commercial songs on the album – I was improvising on Top 40 radio, on a song about racism. It got a lot of attention from amazing musicians, who started reaching out to me. I wrote with Don Henley, I played on a great Bonnie Raitt record, I played on a Bob Dylan record, Robbie Robertson… I know I’m name-dropping like crazy here, but it just shows the force with which this song hit. So there was the good and the bad: my failings as a pop star but then the subsequent attention that I got from idols of mine. And that part of it has been very fulfilling, of course.

Can you please explain your relationship with Jerry Garcia and what it was like to be part of the Grateful Dead?

I miss him so much. Jerry Garcia is one of my favourite people I’ve ever known. He was a walking encyclopedia of American traditional music and I was very interested in all that, so we connected deeply. I think so many of the songs he wrote with Robert Hunter, they sound like they could have been written 100 years ago, they have that deep gravitas that old folk music has. I can’t say enough about him, I miss him so much. Playing with the Grateful Dead, there were many nights when the hair would stand up on my arm because what they were doing was so moving to me. And where else can you play one song for an hour but in the Grateful Dead?

What was it like to work with Bob Dylan?

Well, that was very memorable. I got a call from David Weiss of Was Not Was, who were co-producing Bob Dylan’s record Under The Red Sky. I was part of this “all-star” band that they put together, with Kenny Aronoff on drums, Randy Jackson – of future American Idol fame – on bass, Robben Ford on guitar, and I was playing piano. Bob came into the room, he was wearing a big hoodie with a baseball cap underneath. He introduced himself to us, then he went over to a table and started emptying his pockets, every pocket, and revealing all these napkins and pieces of hotel notepaper filled with jottings. Then he came over to the piano and proceeded to teach me this great song called “Born In Time”. That was a surreal moment for me, remembering how important his music was to me as a kid. So we recorded that, then we took a little break and came back and started up this little one-chord jam. All of a sudden Bob walks in, goes over to the table, sifts through the napkins, picks one up and goes over to the mic and starts singing. And that became a song on the record called “TV Talkin’ Song”. Talk about spontaneity!

The post Bruce Hornsby: “I’ve never been the vehicle for your stroll down memory lane” appeared first on UNCUT.