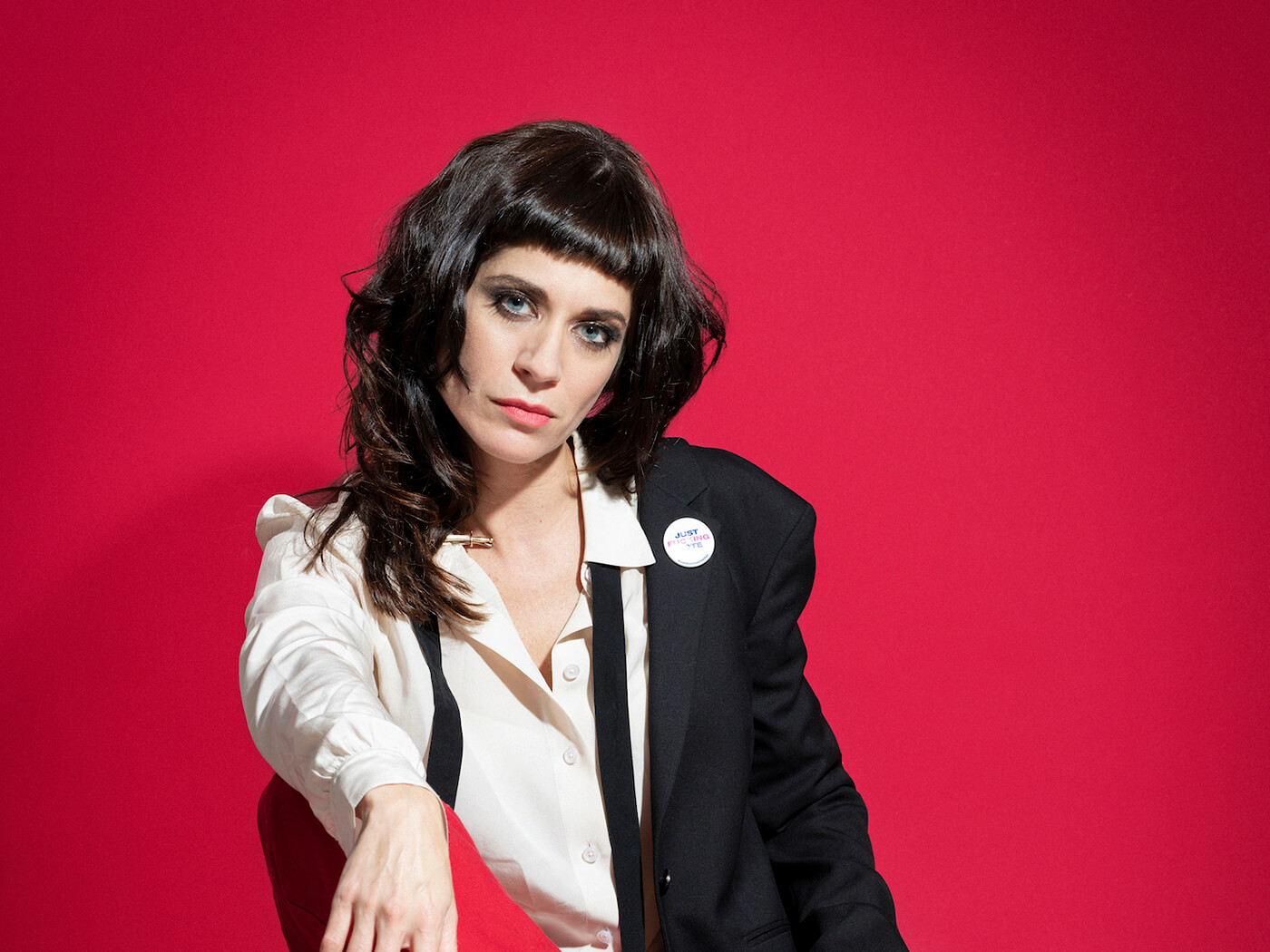 To describe Nicole Atkins as a woman out of time is in no way a criticism. She’s always spoken with love and admiration for classic soul, pop and rock, while her own music draws especially from the ’50s and ’60s. Indeed, covering songs by the likes of Harold Arlen and Marie Queenie Lyons points to a commitment that’s deeply felt, not driven by trends. But although her natural habitat is the past, it’s in a state of constant development, more a vehicle for her own ideas than a hallowed site of worship.

The New Jersey singer-songwriter and guitarist, who now lives in Nashville, bedded into the evergreen greats early. She was introduced to the likes of The Drifters and Eddie Cochran via her mother’s Cruisin’ Classics album, and as a young teenager was turned on to Traffic when an uncle convinced her to buy John Barleycorn Must Die instead of a New Kids On The Block tape. She taught herself guitar at 13. Much later, there was a move to Charlotte, where she dug into the local indie-rock scene, and then a spell as an open-mic regular at NYC’s storied SideWalk Cafe.

It was while she was back in North Carolina that Atkins started to develop her own style and in 2006 released her “Bleeding Diamonds” EP, a mix of Brill Building pop, torch song and alt.country balladry. After expanding into blues, psych-rock and prog with 2011’s Mondo Amore and then into synth-pumped pop with Slow Phaser, she fixed on emotionally candid country soul for 2017’s Goodnight Rhonda Lee. Now comes Italian Ice, its title a reference to the frozen treat sold on the Jersey Shore boardwalk of Atkins’ childhood.

Over the past 15 years or so, “retro soul” has become something of a plague, especially on UK houses, but Atkins’ fifth is an instantly winning exemplar of its kind, featuring 10 confident yet unflashy originals and one cover (of King/Goffin’s “A Road To Nowhere”), played with casual finesse by a collaborative cast that includes Spooner Oldham, Jim Sclavunos of The Bad Seeds (with whom she’s worked since Slow Phaser), My Morning Jacket’s Carl Broemel and long-time member of the Dap-Kings, Binky Griptite.

Recorded for the most part at Muscle Shoals Sound Studio in just five days, it was co-produced by Ben Tanner of Alabama Shakes and radiates a congenial glow from start to finish. Which is not to say Italian Ice is all sunshine, no shadow. Atkins has always let her feelings run free, and alongside the touching invitation issued to her husband that he might lean on her for a change (“Captain”), sit a humanitarian reminder to pay attention to the big picture (the over-easy strut of “AM Gold”), a note of the importance of always seizing the day (the twangled grooves of “Domino”) and her philosophical takeout from the devastation caused by Hurricane Sandy (hollering, honky-tonk epic “In The Splinters”, a co-write with Hamilton Leithauser).

The first track on an album isn’t always central to its identity, but on Italian Ice, it certainly is. “We’re stranded in the garbage of Eden/We’re starvin’ what we should’ve been feedin’/No angels, no saints, no heathens/Just people needin’,” goes the chorus of “AM Gold” – Atkins added the AM radio element later to tie it into the album’s main theme, which she explained to Uncut: “Everybody and their family is out on the street arguing and we’re all so divided now. Then somebody passes away and everybody gets together again. Or little, simple things happen: I’ll have a show and my cousins, who are super-Trumpers, are partying with people that aren’t. We’re not feeding the things that make us happy or make us fall in love with the world; we’re focusing more on these bad things. At the end of the day, people just want to be loved, be with one another and go outside and enjoy things. What always brings me back when I’m stuck on that wheel of negativity is thinking about the New Jersey boardwalk and the radio.”

Echoes of that comfort are everywhere. They’re audible in “Never Going Home Again”, a co-write with Sclavunos that catalogues some of the drama and darkness of the now-sober Atkins’ drinking days (“Cherished every moment/Saw a priest for my atonement/Went right back out and did it again”) and which sounds like a salute to Gentry’s “Ode To Billie Joe”, although she says it’s more The Mamas And The Papas. There’s comfort too in “Forever”, where the spirits of Laura Branigan and Stevie Nicks lurk, and in the psychedelic soul of “A Road To Nowhere”, which suggests Fleetwood Mac had Christine McVie grown up in Chattanooga, rather than Cumbria. Moreover, her voice is a soulfully versatile force, variously recalling Brenda Lee, Mama Cass, Bobbie Gentry and Dusty Springfield, although she belts it out far less often than on earlier records. This means that when she does let rip, as on the King/Goffin cover, closer “In The Splinters” and ’60s shirt-rending stonker “St Dymphna”, the emotional hit is much harder.

For all that, these new songs have a far greater impact than they would if Atkins was hellbent on faithful replication. Despite casting back to days gone by, she’s no purist, which is why the King/Goffin cover is more to do with her own emotional reaction to the song than its original sound, and why she gave “Forever” an ’80s power-ballad edge. The video for “Captain”, too – Atkins’ self-aware performance framed as a personal ad on a local cable channel – betrays a playful side of her aesthetic. That there’s no whiff of veneration or pastiche is down to her clean, modernist vision (plus the players’ chops). The Amy Winehouse comparisons made around the time of Neptune City have been put to bed, mercifully: they were never on point but are even less so now. In terms of adding topspin to a primary source, Angel Olsen and Sharon Van Etten are much more her peers.

With Italian Ice, Atkins seems settled, not in the sense of complacency, but in that this record is the sound of her hitting the sweet spot, achieving what she’s been steadily working towards for more than a decade. “At the time,” she said of her approach to the album, “I needed a record that would make me feel better and I wasn’t hearing any. So it was like, the passion of an Italian New Jersey family, on the beach in the summer, out of time. This is me living without anxiety.”

The “out of time” is telling, if in a different way. She’s been tipped for success for years, but when throwback soul was at its peak, Atkins’ interpretative flair ran against the tide; when she made Slow Phaser, the sad disco banger had yet to be identified; even Goodnight Rhonda Lee some found “too much” (woe betide the grown woman who enjoys theatrical catharsis). The clear-eyed, warm and stylish Italian Ice, though, could trigger a career shift that’s both deserved and long overdue.