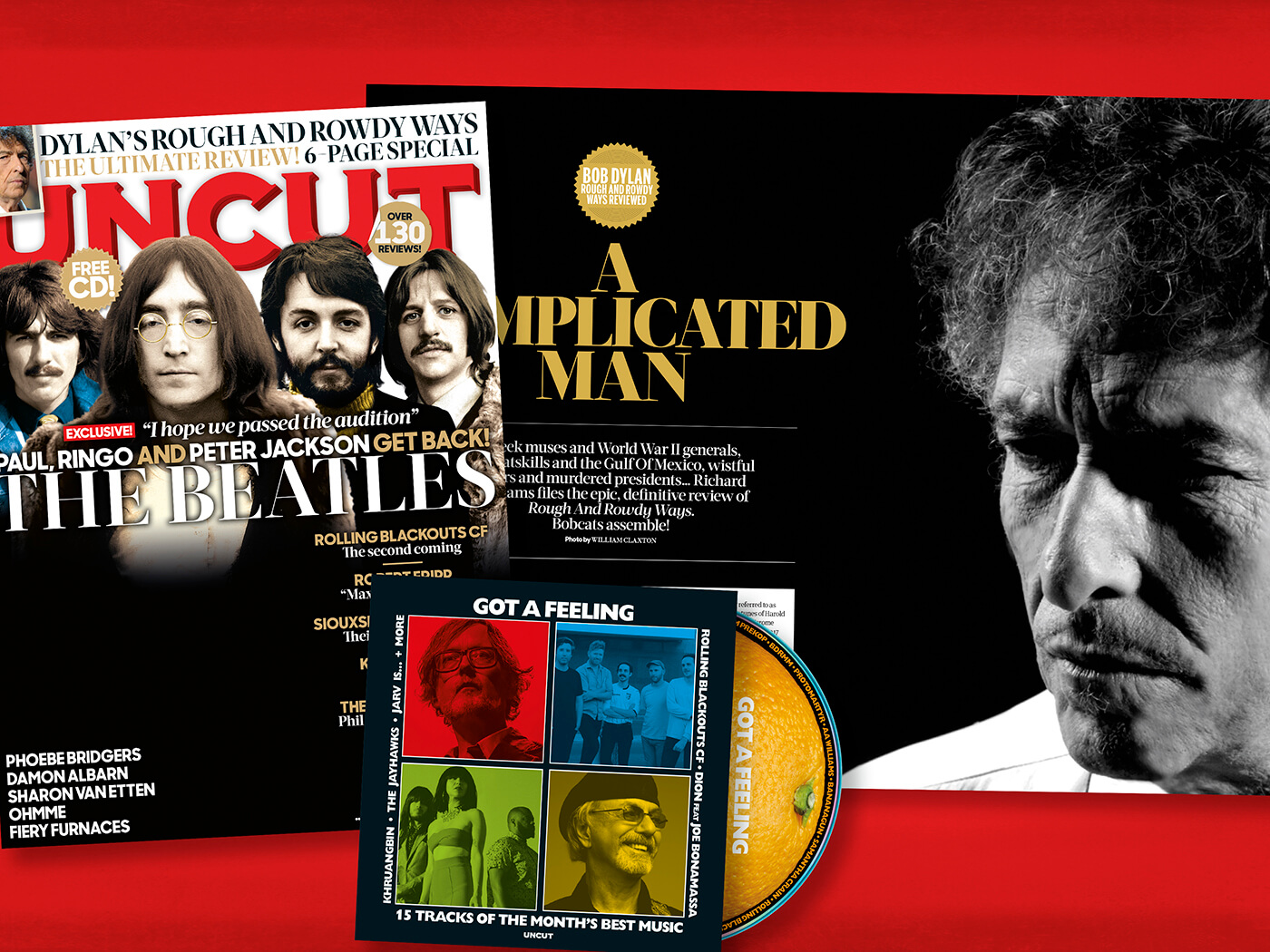 GET THE NEW ISSUE OF UNCUT, FEATURING OUR DYLAN REVIEW IN FULL, DELIVERED SAFELY TO YOUR HOME – FREE UK P&P

This is an extract from Richard Williams’ comprehensive six-page review of Bob Dylan’s Rough And Rowdy Ways. For the full thing, pick up the August 2020 issue of Uncut – in shops now or available to buy online by clicking here.

The evidence is there, if you want to look for it, that the myths and legends of the ancient world – and of Homer in particular – formed a significant part of the library of material consulted by Dylan while he was assembling the 10 new songs making up Rough And Rowdy Ways. There’s a song called “Mother Of Muses”, for a start: the title refers to Mnemosyne, the daughter of Uranus, the god of the sky, and Gaia, the mother of the earth. Mnemosyne slept nine nights in a row with Zeus in order to give birth to the nine muses, among them Calliope, the muse of epic poetry. “I’m falling in love with Calliope,” Dylan sings. “She doesn’t belong to anyone, why not give her to me?”

Mnemosyne’s name, derived from the Ancient Greek word for “memory” or “remembrance”, was also given to one of the five rivers of the underworld. The dead drank from Lethe, the river of forgetfulness, in order to erase all remembrance of past lives before being reincarnated. To drink instead from Mnemosyne, the river of memory, was to be granted the opposite and achieve omniscience.

Perhaps only the omniscient have a licence to put together songs in the way Dylan does, creating mosaics from fragments of the past and investing the result with fresh meaning through force of personality and poetic vision. Joni Mitchell, for one, has been dismissive of his reliance on adapting other people’s work in what kinder judges call “the folk process”, but when the result is as powerful as Rough And Rowdy Ways, the method seems more like a kind of justifiable artistic alchemy.

GET THE NEW ISSUE OF UNCUT, FEATURING OUR DYLAN REVIEW IN FULL, DELIVERED SAFELY TO YOUR HOME – FREE UK P&P

All of it comes together in an album named after a Jimmie Rodgers song (“My Rough And Rowdy Ways”, 1929) and containing song titles lifted from Walt Whitman (“I Contain Multitudes”), William Burroughs (“Black Rider”) and Shakespeare (“Murder Most Foul”), as well as a song (“False Prophets”) borrowing its entire template from Billy “The Kid” Emerson’s “If Lovin’ Is Believin’”, a 1954 B-side. Unlike TS Eliot, Dylan doesn’t provide footnotes. Spotting his allusions and joining them up is part of the fun. You’re entitled to punch the air if you recognise the line “Red Cadillac and a black moustache” as the title of a song by the rockabilly artist Warren Smith, which Dylan recorded for a Sun Records tribute album called Good Rockin’ Tonight in 2002. That’s up to you. But he doesn’t hide his references. A song built on the elements of Jimmy Reed’s style – a blues shuffle, its verses punctuated by single high harmonica notes, ending with a direct quote (“Can’t you hear me callin’ from down in Virginia”) – is titled “Goodbye Jimmy Reed”.

That’s one of the tracks exploiting a roadhouse 1950s R&B style familiar, in particular, from Together Through Life, the predecessor of Tempest. It’s a style in which his musicians are steeped. Other songs exploit the lyric qualities of steel guitar and bowed double bass to create something different and more distinctive, a fluid and sympathetic accompaniment to Dylan’s current mode of vocal delivery, which veers from near-recitation to near-singing.

“I Contain Multitudes”, the opener, typifies the second approach. It slides in, free from tempo for its opening verses, slipping into a Django Reinhardt groove and out again a couple of times, but with everything moving at the deliberate pace set by his voice. As with all but one of the songs, the lyric is built on sequential couplets, every verse in this case ending with a line preceding a repetition of title: “I fuss with my hair and I fight blood feuds”, “I paint landscapes and I paint nudes”, “I play Beethoven’s sonata, Chopin’s preludes…” There are mentions of William Blake (namechecking “Songs Of Experience”) and Edgar Allan Poe (“Tell Tale Heart”), and a truly bizarre set of juxtapositions: “I’m just like Anne Frank, I’m like Indiana Jones/And them British bad boys, The Rolling Stones.” And still he can pluck your heartstrings: “Red Cadillac and a black moustache/Rings on my fingers that sparkle and flash/Tell me what’s next, what shall we do?/Half of my soul belongs to you.” Who could resist?

You can read the rest of Richard Williams’ definitive review in the August 2020 issue of Uncut, with The Beatles on the cover. To peruse the magazine’s full contents, go here.