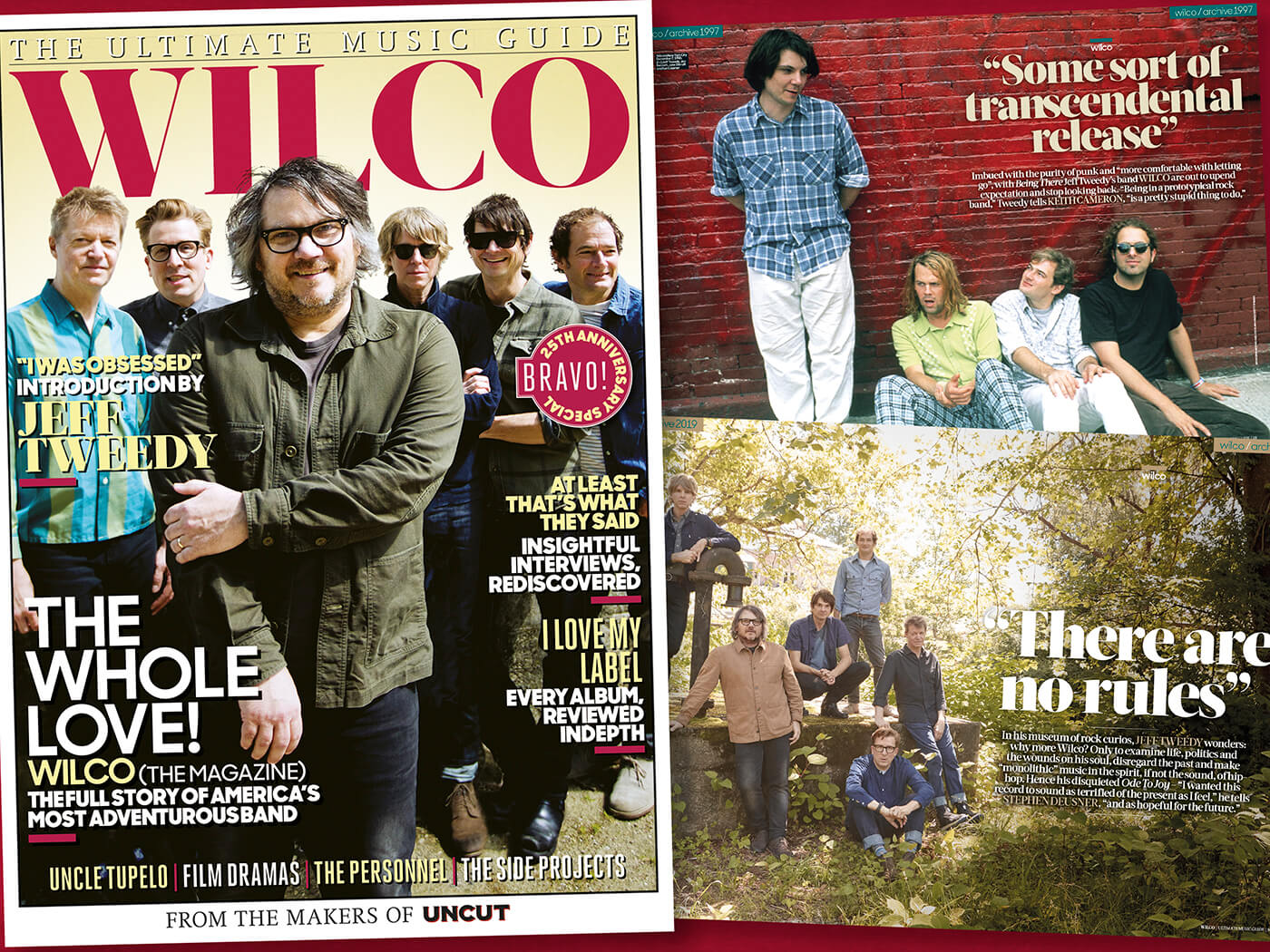 It’s been 25 years since the first Wilco album, the fiery AM, and it’s an anniversary we felt like marking in only way we know how: by admitting Jeff Tweedy’s band to the pantheon of artists with their own Ultimate Music Guide.

Wilco and Uncut go back a long way. When the magazine first started, the band found a shelter in a publication warmly-disposed to the band’s blend of Stonesy rock and countrified songcraft. As the band’s remit widened to include European rock and noise, this was a place with the open mind to see what they were shooting for, and extend a welcome.

If you’ve heard the band’s excellent recent collaboration with Uncut – the Wilcovered covermount CD from late 2019, in which the band’s songs are re-interpreted by their friends and associates, shortly to be available on vinyl for Record Store Day – then you’ll already know that an empathy continues to exist between our two positions.

As Jeff Tweedy tells us in his bespoke introduction to the magazine, Wilco’s has sometimes been a rocky road, in which musical differences, personnel changes, medical conditions and addiction issues have all played a part. As Jeff puts it, “The band got more stable as I became more stable” – but that has never been at the expense of the band’s music, which has continued to explore not just the wry, but tender district of Tweedy’s emotional hinterland, but also to interrogate what it might mean to be maintain a career as an interesting rock band for three decades.

When Jeff looks back on how Uncle Tupelo, his first major band transformed into Wilco, it’s hard not to be struck how while much has changed for him in the 30 years since, much has stayed the same. “Any time you make anything and people are still talking about it thirty years later, you should be somewhat proud of yourself,” he says. “I’m pretty thrilled that it’s meaningful to somebody – it was meaningful for us.”

The mag is in shops now or available to order online – with free UK P&P – by clicking here.

The post Introducing the Ultimate Music Guide to Wilco appeared first on UNCUT.