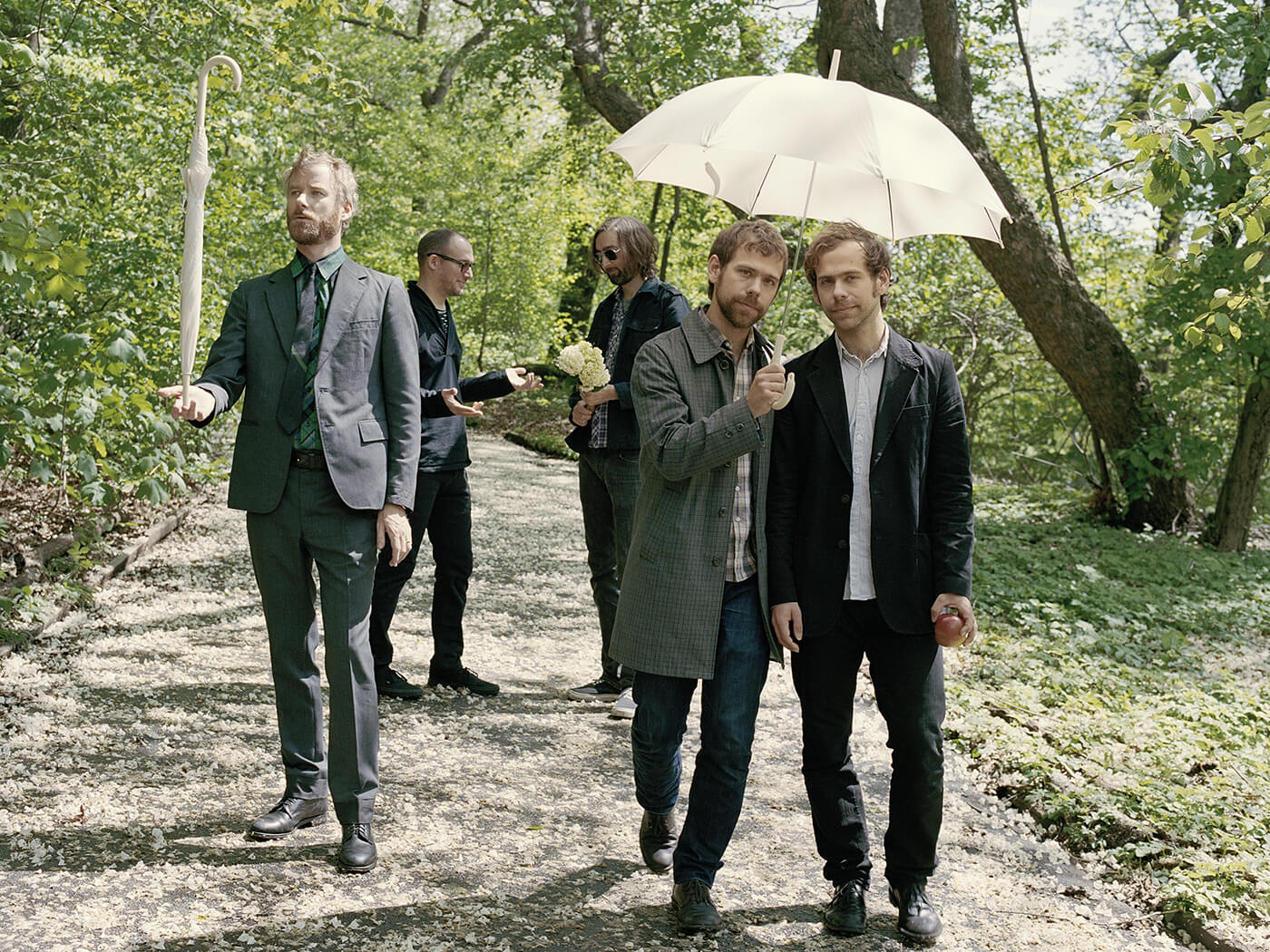 They grow up so fast. It seems like just yesterday that The National opened up a studio in the two-car garage behind Aaron Dessner’s Brooklyn home to begin work on High Violet. The album marked a turning point for the band. Across their previous four LPs, acclaim around them had grown exponentially.

Midwesterners by birth, they first appeared on the peripheries of the downtown New York rock scene of the early 2000s; by the time of their fourth album, 2007’s Boxer, they had a shelf full of awards, their songs had appeared in TV shows and Barack Obama was a fan; but the band were burned out by incessant touring. As a consequence, Dessner’s garage proved to be essential in easing The National into the next stage of their career. Able to work privately, at their own pace, in a conducive environment designed to their own specifications, The National had time to take stock of who they were – and where they wanted to go next.

Each previous album had been a stepping stone. On 2005’s Alligator, they unlocked the visionary and inventive powers of Bryan Devendorf’s drumming and made the leap to a bigger label: Beggars Banquet, and subsequently 4AD, where they have remained since. On Boxer, Matt Berninger worked out how to use his heady baritone in artful and elegant ways. High Violet is when The National became sleek instead of raggedy; projecting their fretful, personal songs onto wider screens. Accordingly, it’s also the moment when The National went stratospheric.

The album opens with “Terrible Love”: a thick, knotty thrum that finds Berninger “walking with spiders” as he attempts to navigate an ailing love affair. Berninger has always written cleverly about the anxieties at work in human relationships. Here he balances prosaic observations – “I can’t fall asleep/Without a little help” – with more cryptic notes: “I won’t follow you/Into the rabbit hole/I said I would but then I saw/Your shivered bones.”

If Berninger can occasionally seem to spend too long commiserating with himself – “I don’t want to get over you,” he sings on “Sorrow” – High Violet is a dark record, even for a band with The National’s reputation. The characters Berninger has written can often be found experiencing defeat: “I had a hole in the middle where the lightning went through it,” sighs the narrator on “Anyone’s Ghost”. “Told my friends not to worry.” But while, on other National albums, his characters are shot through with a kind of elegantly wasted charm that helps distance them from their travails, on High Violet they often appear without such filters. On “Afraid Of Everyone”, the narrator mourns, “All the very best of us/String ourselves up for love,” while on “Lemonworld” even Berninger’s most abstract lines come freighted with grim pathologies: “Lay me on the table, put flowers in my mouth/And we can say that we invented a summer lovin’ torture party.”

Musically, meanwhile, the band continue to make bold creative strides. Bryan Devendorf’s drumming is outstanding: from the almost unaccompanied 20-second intro of “Bloodbuzz Ohio” to the sustained tension he brings to “Conversation 16”. The Dessners’ guitar playing, meanwhile, is combative and playful – much as you’d expect from twins – full of rich texture and nuance. “Lemonworld”, in particular, is central to the band’s mythology; the song was rewritten 80 times before they settled on the original version, its tortuous creative history emblematic of the band’s hyper-scrutiny of their own processes.

This version of High Violet collects together, for the first time on vinyl, tracks that appeared on the original 2010 Expanded Edition. There’s a clearer-sounding alternative version of “Terrible Love”, whose strings foreground the song’s natural drama, several live cuts that capture the band’s energy and passion. The highlight, though, is “You Were A Kindness” – originally a B-side, this piano-led piece introduces a fragility that’s otherwise missing from High Violet. “You made a slow disaster out of me,” Berninger sings, kicking over the ashes of another failed romance. Anxiety has rarely sounded so good.