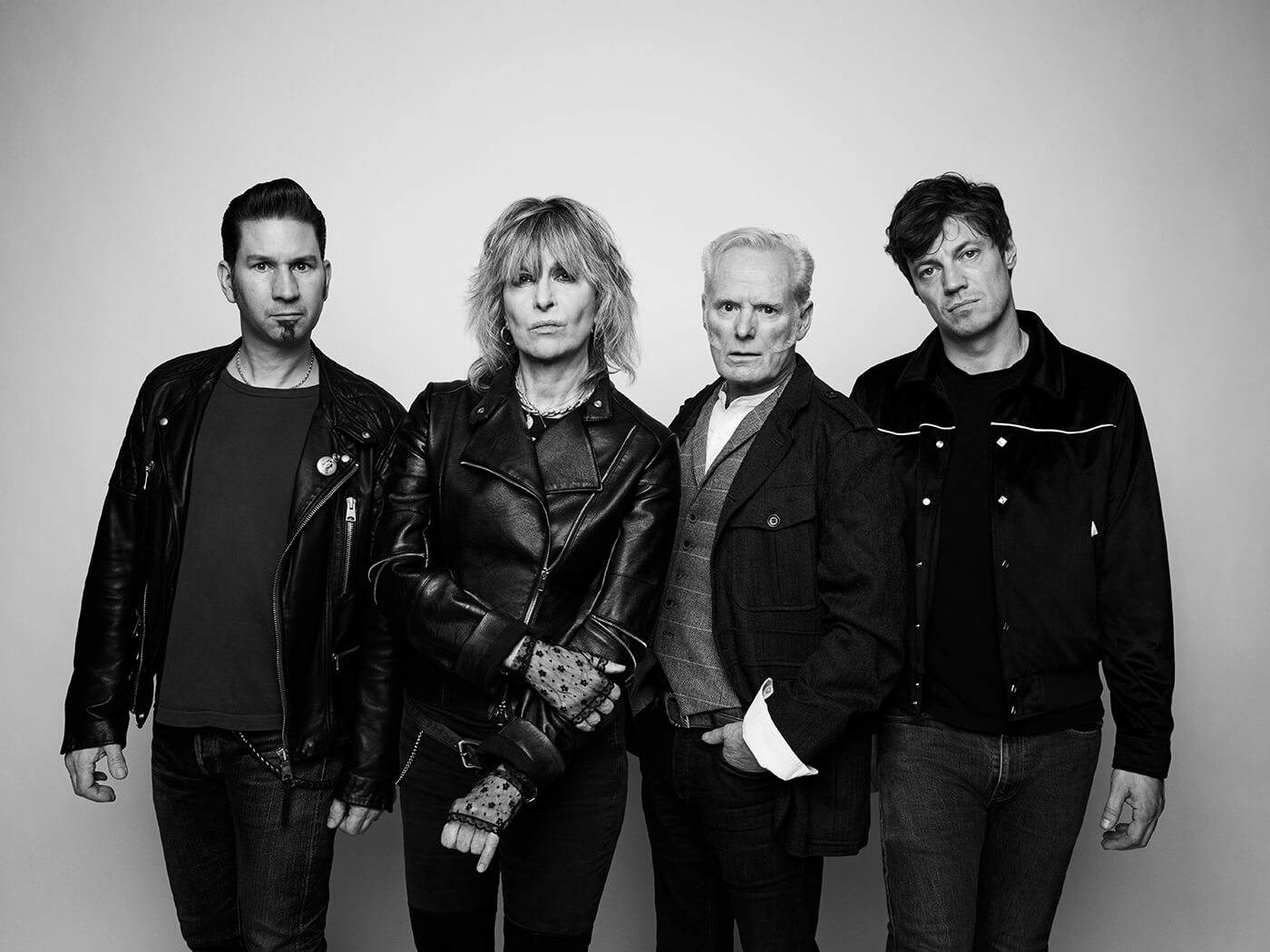 Anyone who was there at the time will tell you how much the original Pretenders meant to Chrissie Hynde, how proud she was of the noise they made. She’d finally put together her dream band. There were hit singles, two albums of smouldering pop ballads and swaggering guitar rock. They were big news everywhere. Then half the band died. You know the story.

At that point, Hynde could have gone solo, or put together a new band with different name. Instead, she stuck with the name and a sound she would return to repeatedly across the next 40 years. When Hynde a few years ago described the multiple Pretenders lineups she’s fronted since 1983 as a series of tribute bands, she wasn’t looking for a laugh. Every record she’s since made with the Pretenders’ name on it – Hate For Sale is the 11th – has sounded in thrall to the original band and the music they made.

The last album that came out under the Pretenders’ name was a brave change for Hynde, however. For 2016’s Alone she teamed up with The Black Keys’ Dan Auerbach as producer, working mainly with his side-project band, The Arcs. Auerbach gave her a more rootsy sound, put a little Stax in the mix, some country soul alongside the greasy rockers. There was much promise there that wasn’t followed up on her next release, 2019’s Valve Bone Woe, an album of jazzy covers of songs by Brian Wilson, Nick Drake, Ray Davies, Hoagy Carmichael, Frank Sinatra, Mingus and Coltrane. It wasn’t really jazz enough for jazz fans and fans of “Brass In Pocket” were probably wholly indifferent to it. She showcased it, though, with a fabulous concert at London’s Royal Festival Hall, a version of The Beach Boys’ “Caroline, No” stunning enough to make you forget for a moment about disconcerting letters of congratulations to Donald Trump, stuff like that.

Hate For Sale, the first album Hynde has made with the touring band she’s had for 15 years, returns her, however, to the totemic sounds of the early Pretenders albums, trusted and familiar territories. The album, in fact, goes to such lengths to replicate those records, Hynde could probably have got away with calling it ‘Pretenders III’. At times, it seems like new lyrics have been written for songs we’ve already heard. It’s hard to listen to “Lightning Man”, for instance, without thinking of “Private Life”, from the first Pretenders album. Which unfortunately overshadows the heartfelt merits of the new song, a tribute to the late Richard Swift, the American producer and musician who as a member of The Arcs had played on Alone. There is so much, meanwhile, about “The Buzz” that recalls “Kid” that Hynde would have had grounds to sue for copyright infringement if she hadn’t actually written both songs.

It isn’t only her own musical past Hynde recycles on Hate For Sale. “Turf Accountant Daddy” appropriates Bowie’s “Jean Genie”, which itself was inspired by The Yardbirds’ cover of Bo Diddley’s “I’m A Man”. “I Didn’t Know When To Stop” is jittery in the jerky stop-start manner of “Precious” and “Tattooed Love Boys” and also knowingly quotes The Kinks’ “You Really Got Me”. The rockabilly tear-up “I Didn’t Want To Be This Lonely”, which could have come from the rowdier end of 2008’s patchy but undervalued Break Up The Concrete, entertains the swaggering ghosts of Bo Diddley and Eddie Cochran. “Maybe Love Is In New York” aspires to the heights of “Message Of Love” and “Talk Of The Town”, but flutters rather than truly soars.

The album opens with the title track, after a noisy false start, presumably there to underline a general no-frills, back-to-basics authenticity. Blasts of raw R&B harmonica hark back to the sweaty ’60s rooms where the Stones and The Kinks and The Yardbirds and many more made their musical bones. Musically, it’s a tribute apparently to The Damned, with a bit you could sing “New Rose” to if you were so inclined. Lyrically, it’s a snarling takedown of a shallow ex with “money in the bank and coke in his pocket”, whose only interests are “women, cars and motorbikes”. A familiar target, in other words. The cut has a powerful enough urgency, although some may find Stephen Street’s turbo-charged production a little too streamlined. Street produced the Pretenders’ live set, Isle Of View, and five of the 12 tracks on 1999’s ¡Viva El Amor!. He’s what’s known, so it goes, as a safe pair of hands with a more than decent commercial track record. “Hate For Sale” may well then sound great on whatever passes these days for the radio. Nevertheless, it’s a long way from the nervy, electrifying ejaculations of “The Wait” or the hurtling furies of “Bad Boys Get Spanked”.

“You Can’t Hurt A Fool” has the makings of a great country soul heartbreaker, something to listen to as a bottle empties, tears to follow. Ideally, you’d want the track to sound like something out of Muscle Shoals, the band coming nicely to the simmer behind Hynde’s typically affecting voice. Street doesn’t have quite the feel for the song that Auerbach had for similar things on Alone, however, and the band here come a little more slowly to the boil. On Hate For Sale’s other ballad, album closer “Crying In Public”, Street indulges Hynde’s slightly more strident side, on a song that problematically suggests the likely female response to private and more general woes is a little wet hanky time on a park bench. Whatever, her performance here makes you long for the superlative nuance of someone like The Delines’ Amy Boone, a singer who can make a maelstrom out of a murmur. Much as Hynde herself once did, of course, on the albums to which she continues to pay such loving and public homage.

The post Pretenders – Hate For Sale appeared first on UNCUT.