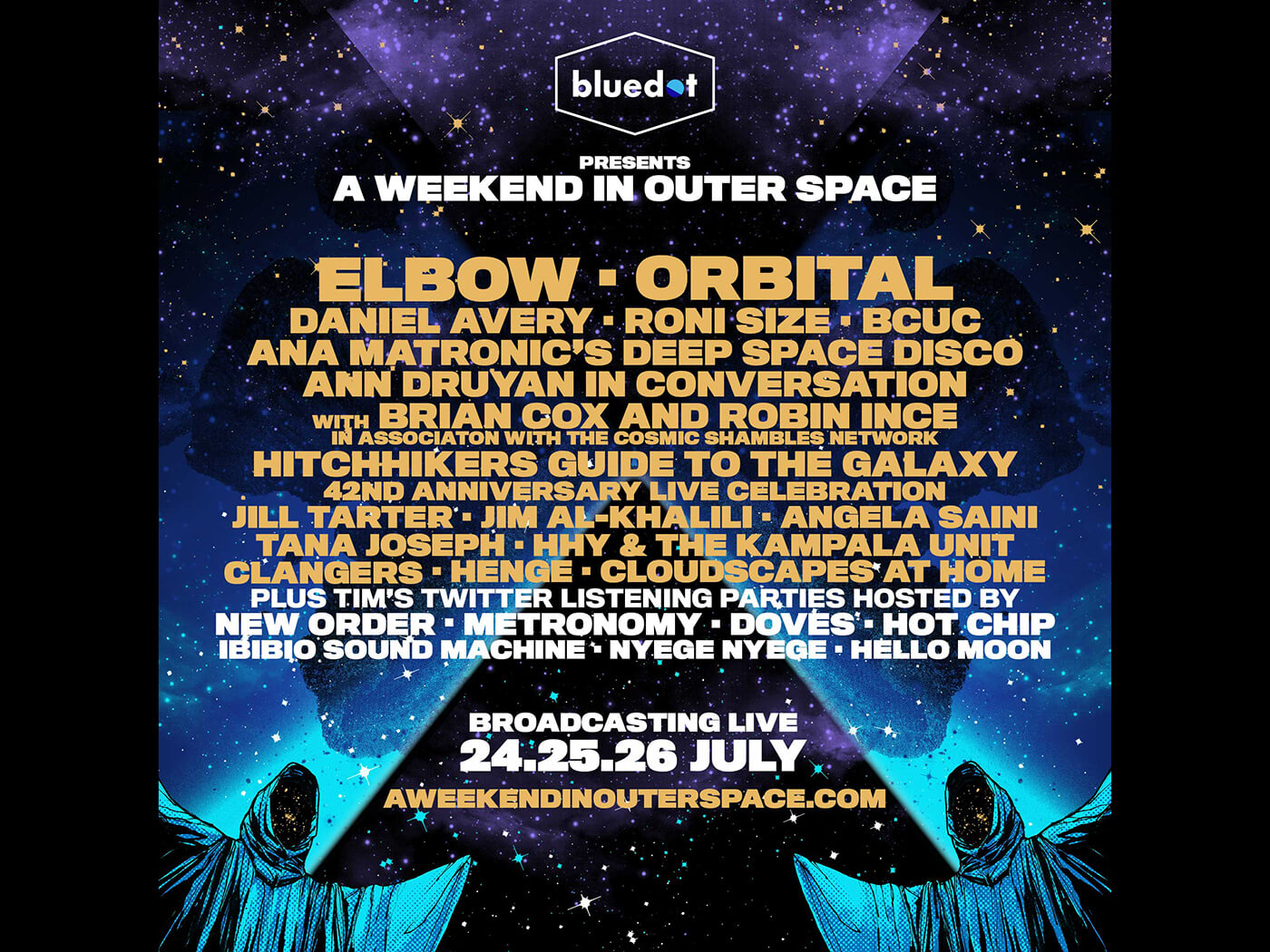 To make up for the postponement of this year’s festival, the organisers of Bluedot have unveiled a virtual event taking place this weekend (July 24-26).

Live science talks include Ann Druyan in conversation with Brian Cox and Robin Ince, Jim al-Khalili and Jill Tarter. On Sunday New Order, Metronomy, Ibibio Sound Machine and others will join live as part of an afternoon of album listen-alongs with Tim Burgess. The weekend will be bookended by immersive ‘journey to outer space’ and ‘return to Earth’ shows hosted by Bluedot favourites Henge.

A Weekend In Outer Space is free to view, but it will be raising money for Jodrell Bank Discovery Centre, which has been closed in recent months (Jodrell Bank is the regular home of Bluedot).

Find out more about A Weekend In Outer Space here.