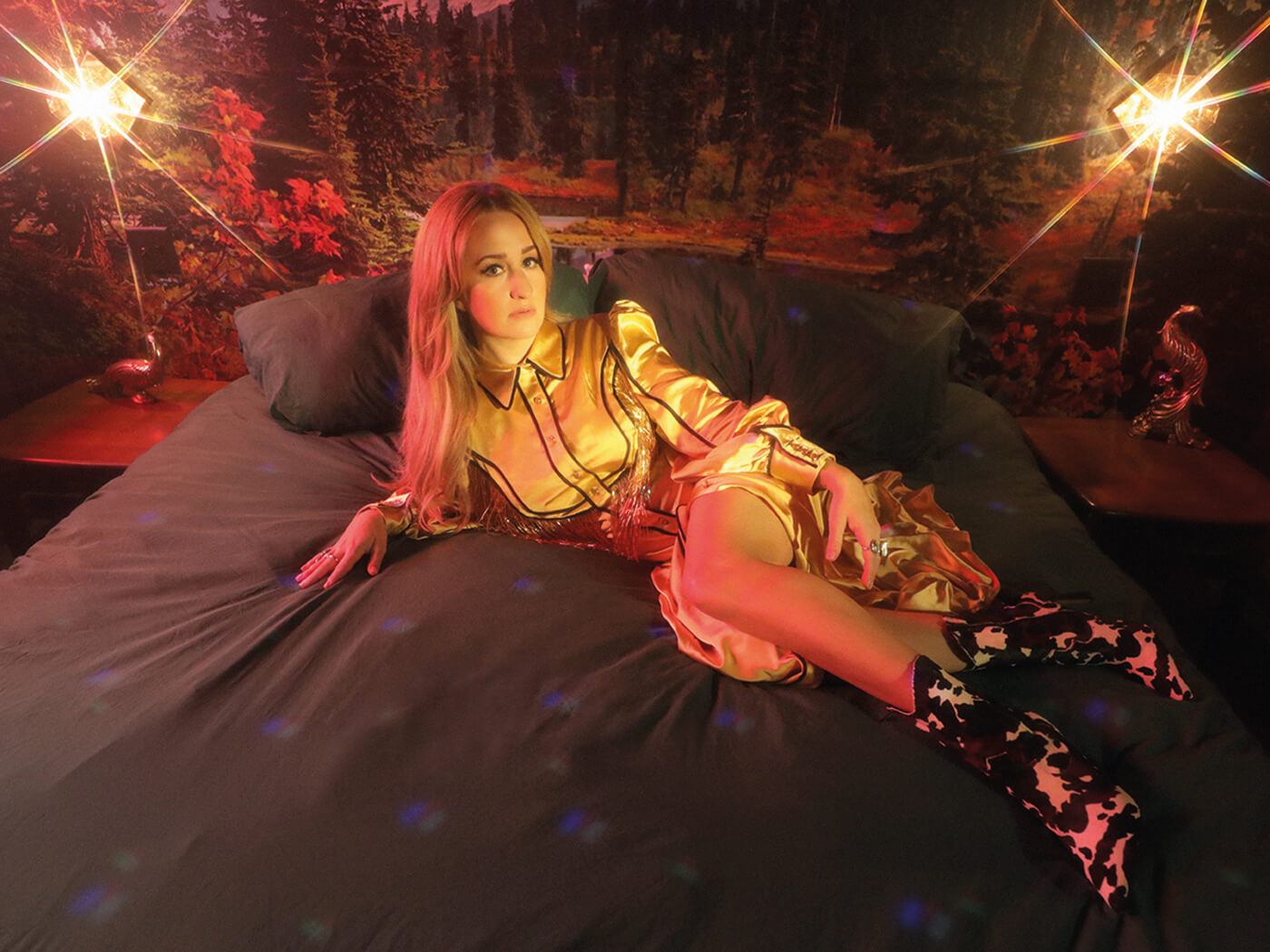 As the dust settled on Margo Price’s second album, 2017’s All American Made, a settled picture was beginning to form about the kind of artist she was. The long version would reference the Midwest farmer’s daughter’s fondness for Nashville dive bars, her credentials as a new-wave country outlaw. There’s the duets with Willie Nelson (and a collaboration on some Price-branded marijuana), the spaces shared with Emmylou, with Jack White. All of this is memorialised on Perfectly Imperfect At The Ryman, the live album she released this May, two years after her residency at the famed Nashville tabernacle. It was clear enough. Price was a tough cookie, an All-American badass.

Well, not so fast. The producer of Rumors (the title is a clue) is Sturgill Simpson, a cussedly individual artist who wrestled with the formatted expectations of Music City before choosing to follow his own wayward impulses. Simpson and Price know each other from a time before either of them had expectations to confound, and Simpson’s pitch was unvarnished. He told Price he would do a better job than anyone else. For Price, it was a matter of trust. “I like that he’s willing to take risks,” she says. “He likes to stir the pot.”

They recorded in Los Angeles, in the smallest room at EastWest studios. Price, having recorded her first two albums in Memphis at Sun and its more well-appointed successor, Sam Phillips Recording, is not averse to a sacred space. She is familiar with the history of EastWest – Pet Sounds was recorded there. Price also cites Dolly Parton’s “9 To 5”, “California Dreamin’” by The Mamas & The Papas, Tom Petty’s Wildflowers. The ambition was to escape the grey skies of a Nashville winter, enjoy the sunshine, and make a 1970s West Coast pop album.

From the opening bars of the title track, it’s clear that we’re not in Tennessee any more. “That’s How Rumors Get Started” is a seasonal rush; a report from a relationship that is busy going South. Price’s voice has never sounded better, a gauze of prettiness masking deep hurt as she chides a loose-lipped former lover. Emotionally, this is the stuff of honky-tonk heartbreak, but the arrangement keeps things breezy. It’s all about the crispness of Mike Rojas’s piano, the sweetness of the melody, and the economy of the lyric. “Here you are,” Price sings with concise derision, “still doin’ you.”

Any similarity to Fleetwood Mac is entirely deliberate, but in taking her country sound to Hollywood, Price is actually revisiting her roots. The music she made with her husband Jeremy Ivey, co-writer and guitarist in their band Buffalo Clover, covered the same terrain, and the refocusing of energies feels deliberate; not least because Price has an unreleased “psychedelic gospel” album in the can. Reportedly, it’s an acid-tinged evaluation of religion, and will be released – Neil Young-style – when the moment is right.

But there are gospel tinges here too. There’s a churchy swell underneath the tune of “Hey Child”, in which Price addresses someone – possibly her younger self? – who is wasting their life. Price’s voice is as clear as a church bell, but focus instead on the tune and it’s easy to hear Tom Petty’s laconic drawl taking the song’s moral imperatives in another direction. The Heartbreakers’ keyboard player Benmont Tench adds distinctive colouring to “Stone Me”, a Jenny Lewis-ish song of defiance that locates its toughness in its unrepentant loveliness. “Prisoner Of The Highway” has some fuzzy guitar courtesy of Matt Sweeney, but its feet are planted in the church of Mavis Staples (Jeff Tweedy vintage).

As a writer, Price has shifted her energies. The lyrics are shorn of detail. Hearts are dented, if not entirely smashed, but the emotional core of the songs is harder to locate, because the tropes of country songwriting have been traded for something less defined. There’s a restless energy. From the gnarly Southern manners of “Twinkle Twinkle” to the new wave sherbet of “Heartless Mind”, it’s clear that Price is determined to colour outside the lines.

There’s a refreshing purity, too. On the gorgeous “Gone To Stay” Price reframes tourbus regrets as a posthumous message from a mother to her children (“just think of me, in the love that I leave behind”). And on the concluding “I’d Die For You”, she wraps the whole emotional mess in a grungy sermon that touches on poverty and injustice, loyalty and truth. “Let’s make it clear,” Price sings, “I’m not trying to make a lie sincere.”

These are big themes for tough times, yet Price confronts the bleakness in a way that is generous; resilient, funereal and warm. Singing sweetly about Babylon, she sounds reborn.

The post Margo Price – That’s How Rumors Get Started appeared first on UNCUT.