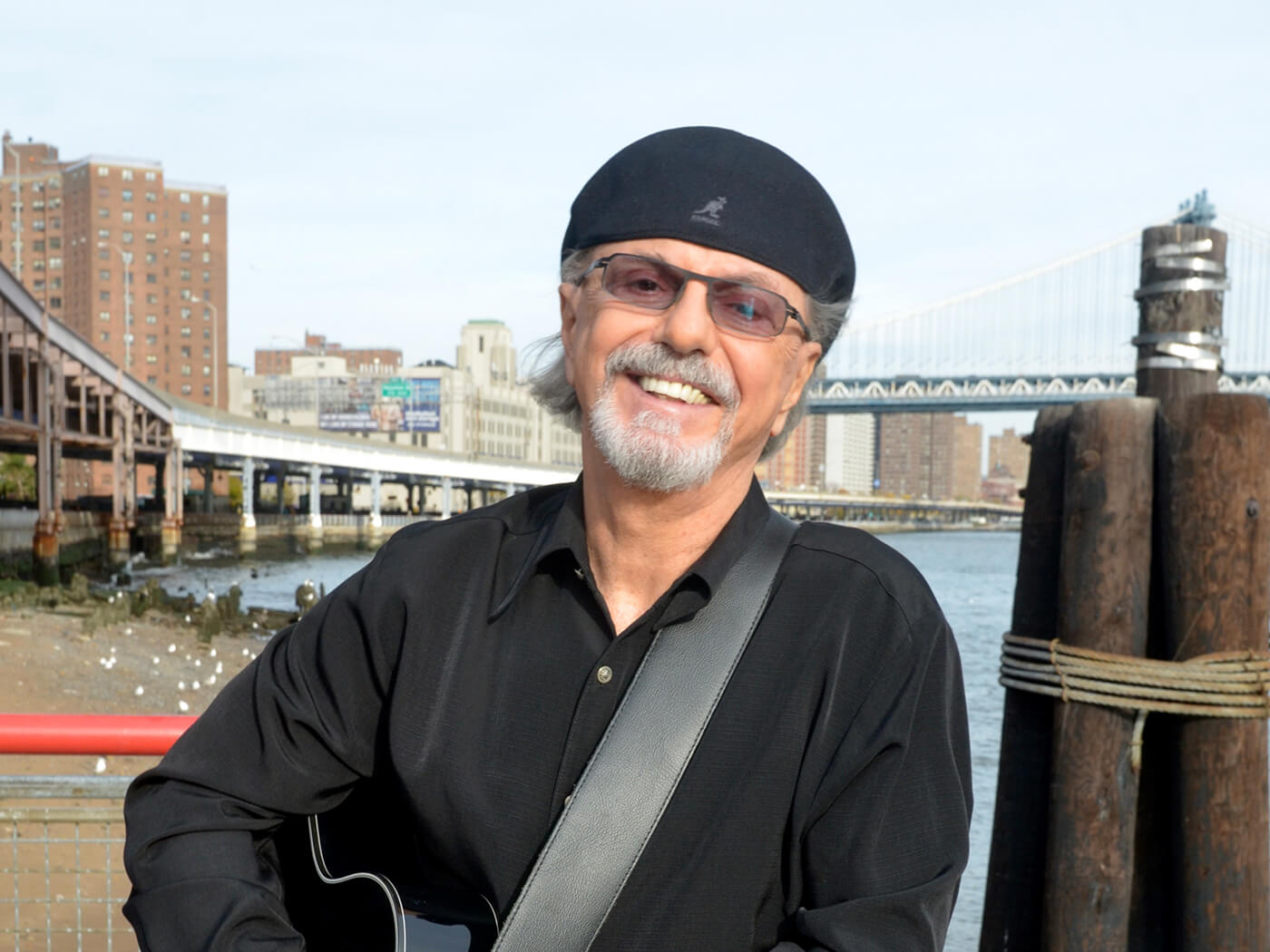 Tear-stained teen idol in the 1950s, fringe-jacketed folk troubadour in the ’60s, streetwise urban soul poet in the ’70s, pew-rattling gospel testifier in the ’80s. Dion Francis DiMucci has worn coats of many colours during his lengthy career, but his most favoured tones have always been blue. Despite the unassuming title, it’s clear this album is a long-standing passion project, which, in all honesty, may not have garnered anywhere near as much attention were it not for the level of A-list assistance.

It’s by no means the first time Dion’s corralled famous pals and fans to boost a record’s profile. In 1989, shortly after his induction into the Rock And Roll Hall Of Fame, DiMucci released Yo Frankie, produced and arranged by Dave Edmunds, with contributions from Lou Reed, Paul Simon, kd lang and Bryan Adams. Almost inevitably, Edmunds’ trademark retro sound palette resulted in an overly slick exercise in nostalgia, but Blues With Friends, while inescapably imbued with bygone vibes, is much more personal, more organic.

The Edmunds role here is handed to Wayne Hood, the Florida-based producer, engineer, arranger and session musician whose CV swings from Richie Sambora to Pink to Les Paul. It’s to Hood’s eternal credit that after handling multiple overdubs of guitars, basses, keyboards and drums himself, the 14 tracks (all written or co-written by Dion) manage to sound like the work of a tight-knit combo playing in unison. It’s the strength of this sonic backdrop that allows the big-name guests to dovetail into the party with ease.

Resisting the temptation to fill the album with familiar blues standards might have seemed risky on paper, but DiMucci’s original songs (some first heard on previous albums) serve as illustrations of what can be done by taking tentative strolls away from the genre’s template. “Can’t Start Over Again” is blues at its most hayseed and rustic, Jeff Beck’s dextrous picking complementing the laconic back-porch country groove.

There’s a swampy, Southern menace to “My Baby Loves To Boogie”, with John Hammond Jnr’s harmonica trading off DiMucci’s self-mocking lascivious growl, an emotionally affecting yearning to the Van Morrison duet “I Got Nothin’” (with added Joe Louis Walker guitar for good measure), and a wide-grinned rockabilly yelp to “Uptown No 7”, with Stray Cat Brian Setzer riding shotgun and channelling both Carl Perkins and Louis Jordan.

It was originally written in a more straightforward gospel style, but as with many cuts on the record a fresh perspective was found during the recording process, singer and producer receptive to the various hues of light and shade each guest brought with them. “Hymn To Him” was first recorded by DiMucci in the mid-’80s for a gospel project, and suffered from suffocating blanket of synthetic drums in keeping with the prevalent production techniques, but its transformation here is remarkable.

Initially intended as a straight duet with Patti Scialfa, DiMucci claims he was surprised when her superstar spouse Bruce Springsteen turned up as well, offering to add a guitar solo. The result is an overhaul that transports the song to the dark, mythic Americana that ran through last year’s Western Stars, a much better fit for the lyric’s soul-searching and taking stock: “Do you walk in the shadows?/Are you dreams swept with fears?/Does your heart will with sadness/With the night drawing near?”

It’s perhaps unavoidable that the far-reaching star power of Springsteen and Paul Simon means their contributions to Blues With Friends will attract the most media attention, but that’s not a problem when they happen to be arguably the best two tracks. Simon’s contribution to Yo Frankie was a harmony vocal on “Written On A Subway Wall”, its title lifted from a line in “The Sound Of Silence”, although it’s another iconic figure from the decade of seismic social change that both men acknowledge here. The soft shuffle of “Song For Sam Cooke (Here In America)” is inspired by conversations Dion had with the soul crooner and civil rights activist in 1962, and the hostile looks they drew walking together in public: “Down the block I saw the people stop and stare/You did your best to make a Yankee boy aware.” It’s a powerful taking of America’s political temperature, in keeping with much of Simon’s own writing, not to mention Cooke’s landmark “A Change Is Gonna Come”.

In many ways, the use of “blues” in the title is a misnomer. A tidy catch-all pivot, maybe; a starting point for rich exploration of the variety of American popular music by a veteran who has previously tried most of them on for size.