Staff member
As with a lot of 10cc's earlier music the Godley/Creme contributions are often the most interesting, if not always the most successful. Album opener 'How Dare You' is an instrumental melange of different sounds with the aforementioned duo throwing moog, congas, bongos, cow-bells, clavinet and sleigh-bells into the mix alongside Gouldmann who provides some excellent lead guitar work. 'Head Room' is a humorous little piece with a sort of boogie/country feel about the discovery of sex 'I've never been kissed before, it's been on my list before, a flick of the wrist before, would do'. Probably the most inventive song on the album also comes courtesy of Godley and Creme in the form of the Zappa influenced 'I Wanna Rule The World'; a slightly disturbing affair concerning evil frustrated adolescents building an army to take over the world which becomes quite zany at times but still manages to feature some very catchy hooks and melodies. It would be unfair however to focus purely upon the Godley/Creme influences as Gouldman and Stewart provide probably the best two compositions on the album in the form of 'I'm Mandy Fly Me' and 'Art for Art's Sake'. The former is definitely the most well known track on here and shows how capable 10cc were in crafting memorable pop music for the masses while still retaining credibility. It has been debated whether the song refers to an LSD hallucination or not and the lines 'what comes up, comes down' and 'I'm hiding in the small print, will you take another look"' (which could refer to the actual LSD tab) could be construed in that manner but whether it's about a drug trip or not it certainly begins with a dreamy, floaty vibe before eventually exploding into a wall of strummed guitars and a memorable Lol Creme guitar solo. Album highlight 'Art For Art's Sake' is about as close to prog rock that the band ever came and features a solid riff and a wonderfully jazzy guitar solo from Gouldman.

10cc's name derives from the average of amount of ejaculate after an orgasm and while their music was certainly capable of reaching orgasmic heights on occasion most of their releases are hit and miss affairs with the art-rock sensibilities of Godley and Creme vieing with the more conventional pop and rock aspirations of Gouldman and Stewart with inconsistent results. While 'How Dare You' carries on in the vein of the preceding albums 'Sheet Music' and 'The Original Soundtrack' in providing a mix of highs and lows it certainly ranks up there as one of their better releases.

Tracklist for How Dare You!:

3. I Wanna Rule the World 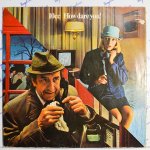