One of my fav live albums ever is Steppenwolf Live

Wishbone Ash to release a whopping 10-LP box set .....I already ordered mine !! 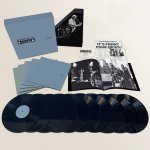 "Everything is relative"
B

Ted Nugent - Double Live Gonzo
It has been said that, like many live albums, this one has some elements added that were not recorded live. But otherwise, this album is a fantastic representation of the music, the energy, and the hard work of Ted Nugent.
This is without a doubt his best performances and one of the best live albums ever recorded. He and the band play so well and every song is the best live version and most even sound better than the studios version.

∆∆∆∆ "Madman" Ted is a great musician.....pity he can't keep his mouth shut in other occasions
"Everything is relative"
B

I think I will approach this a different way.
10. The Beatles - E.P. Collection en.wikipedia.org
I have not listened to all of them all that often. It was merely a collector's item. Great to look at and feel.

10. Bob Seger & The Silver Bullet Band - Live Bullet
Let's face it, some of the live recordings on this album have become the definitive versions of the songs. Great live performances of rock and roll.
B

9. Band of Gypsys - Band of Gypsys
The second show at The Fillmore East. "Machine Gun" is practically enough of an experience alone to get anyone to like this album. Just a brilliant display of Hendrix and the band performing live. Machine Gun: The Fillmore East First Show album displays Hendrix's frustrations with some of the recordings but the original 1970, Band of Gypsys was edited and produced well and the performances are fantastic.
B

8. Rod Stewart Storyteller
This is a really solid, career spanning anthology. This collection helped get me more acquainted with and interested in Rod's older catalog. I remember taking a chance and buying this box set soon after getting some Jeff Beck Group albums and his box set. More about that one soon.

7. David Bowie Sound + Vision
Again, another really great, career spanning collection. I only had a few Bowie albums from the 80's when I bought this box set and it really forced me to take a longer look at his back catalog and start getting more of his albums.

7. Rush - A Show Of Hands
This was the second live Rush album I bought. Rush is a band that I caught up with sort of by the early 80's going forward and then went back and bought their earlier albums. This might be the first Rush album I bought on compact disc.

This is the first time I've listened to this music. I was hooked from the first song. It's like Frank Zappa and Chicago did a side project with Jethro Tull and King crimson. On mad amounts of drugs.
B

6. Pink Floyd Shine On
This was a very nice collection piece at the time. The packaging was interesting and I had not yet bought a few of the albums in the set on compact disc. And it's freakin' Pink Floyd!

6. Rush - Exit... Stage Left
To be honest, Show Of Hands and Exit... Stage Left are both really good live albums from Rush and ranking one higher than the other is not necessary. I like them both for different reasons mainly due to how the band performed in the earlier release versus the setlist of the later release.

Over 6 hrs of box sets 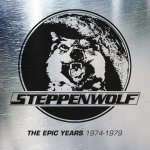 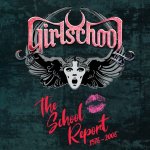 This is what ya get !

• In-depth box set, delving right back to the band’s pub rock roots right up until the present.
• A celebration of Girlschool’s 40 plus years of rocking the globe, kicking off with their independently released 45 ‘Take It All Away’ b/w ‘It Could Be Better’.
"Everything is relative"
Show hidden low quality content
Share:
Facebook Twitter Reddit Pinterest Tumblr WhatsApp Email Share Link
Forum Community