Flavor Crystals and The Telescopes return for a soundtrack to the Danish film that was never made in 1991, "Under the Trees". 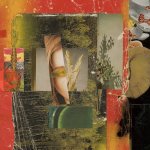 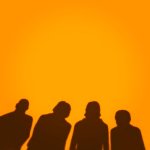