Staff member
The album also spawned a series of favourites and regular entries into the band’s live set-list, most notably Subdivisions and New World Man. Other tracks were overlooked by mainstream radio, but were generally well received by the band’s legion of fans; these tracks are also a more accessible version of the band’s music, at least in the synth-laded market of the era. The Analog Kid is a catchy example of this style, merging a classic rock sound with the new synthesiser set-up, and showcasing some of guitarist Alex Lifeson’s soloing prowess. It’s also notable that along with his vocal and bass duties, Geddy Lee does an outstanding job handling the synthesisers that dominate the album; this is probably best showcased here with the mentioned Subdivisions, along with tracks like Chemistry (where his abilities at balancing his two instruments is especially present) and in part two of the Fear series, where is synth-playing is the dominate sound in the track.

Rush’s continued flirtation with reggae elements continues on Signals in the jazzy/funky/mellow/reggaeish Digital Man. Overlooked by the mainstream and live performances alike, Losing It is usually cast aside for the catchier Rush numbers. The track, however, is one of the most sombre/dark songs the band had recorded up to this point, and something about the haunting beauty in it works flawlessly with the new direction the band had been taking.

As a whole, the album is a solid example of Rush’s style and their ability to evolve with the times. Signals is a bright record littered with fan favourites and career highlights, and should not be overlooked by anyone either trying to get into this band or just looking for something they haven’t heard. The synthesisers may seem like a little too much upon first listen, but they have an ability to worm their way into your skin. 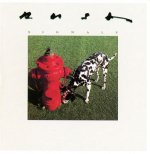