BeatleMatt said:
Uhh. Ok. Anyway...
The Stones. Yeah. The Rolling Stones. What a band. Ay? I like, uhh, that one song. You know. It goes, "Please allow me to introduce myself..." Just having a laugh.
My dog has 'the zoomies". You know, when a dog is happy and has some energy they need to burn so they just run figure eight patterns around the yard a couple of times and then get a quick drink and have a rest?
We can talk about something else if you would like.
Click to expand...

May that one song be Sympathy for the Devil by any chance ?! .....why not, if your pooch's energy is fuelled by the Stones' music, sure why not ?! This is a Rolling Stones thread, no ??!

Think I might roll out and listen to :
my fav RS tune :

The more "commercial" side of the boyZ, but not bad when it's they doing it !!!


PS - careful if you make poochie listen to these 2 gems.....he might skyrocket right into deep space, hehehehehe
B

The Stones started off as a blues band and they maintained that stuff all thru their career. Great vid Floyd.

No problem, what are forums for if not for good sound debating !?
I don't have many Stones' box sets, but I know there are quite a few good ones out there. Well, you can't say they didn't exploit an idea , can you ?? 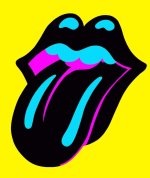